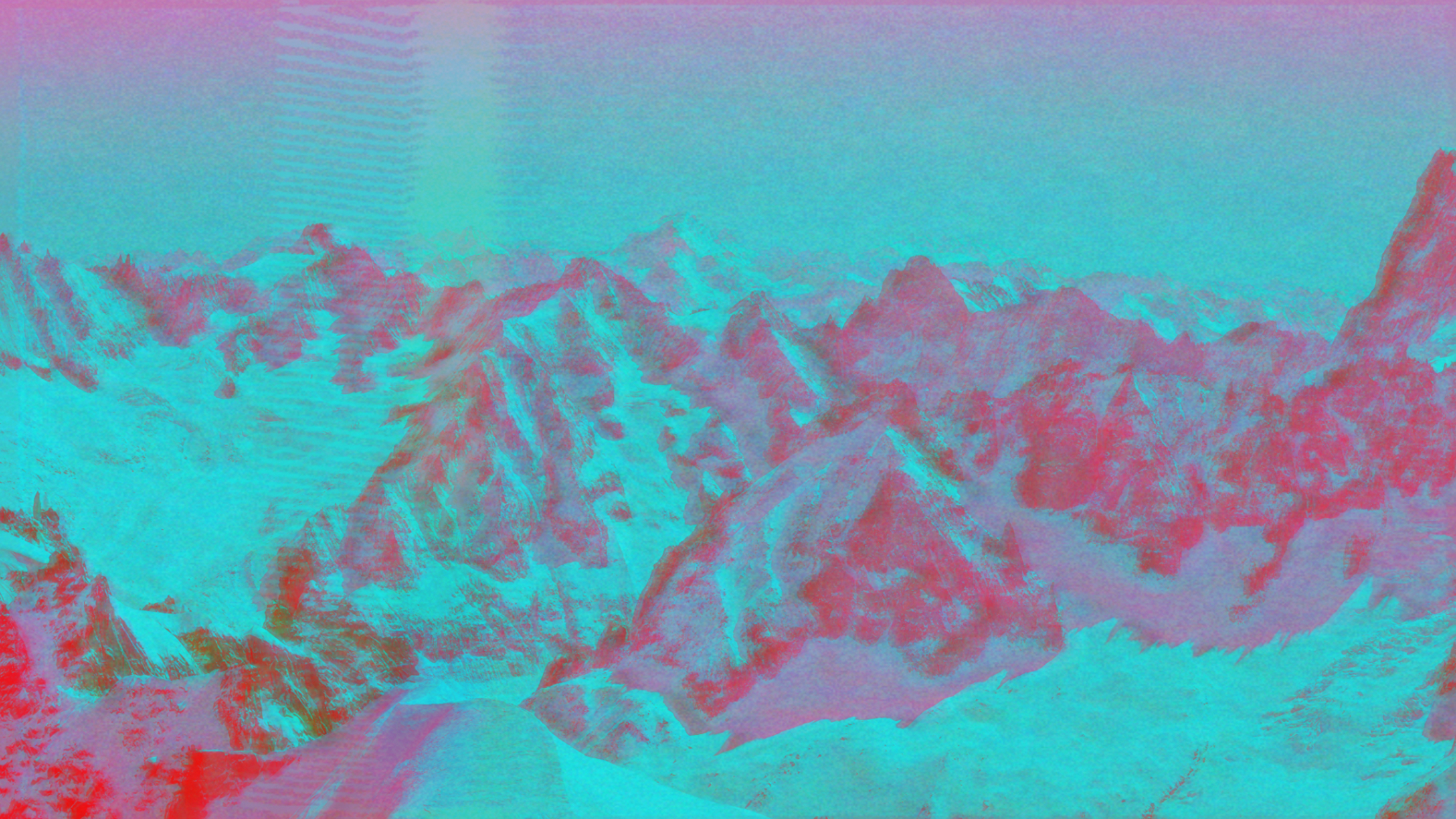 SEASON 1.0 - THE Play styles of entertainment

Each of us has our unique interpretation of the world and a particular way of acting within it. Let’s use the Swiss Alps as an example. What do you see? Some approach them with admiration and an overwhelming desire to capture their beauty. Others instead see a grand challenge, existing only to be overcome. And others yet see a setting to experience with others. The Swiss Alps don’t change, our perceptions of them do. Similarly, the differences in our personalities and worldviews also inform our entertainment preferences and, more specifically, the way we engage as fans. 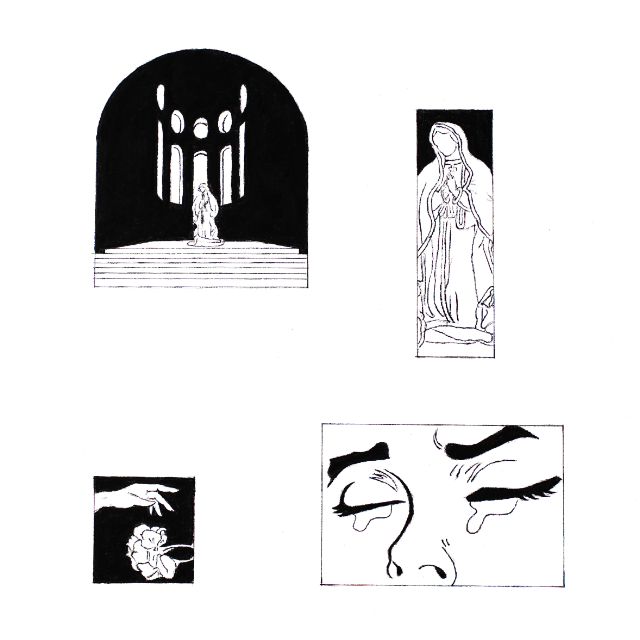 Artist Saba Salekfard’s work explores the idea that personality informs how we interpret the world. To see the full gallery, click here.

In 1921, Zurich-based publisher Rascher Verlag released Psychologische Typen, by Swiss psychiatrist C.G. Jung. The contents of this text introduced new ways of categorizing people and their personality, using four primary functions of consciousness: Sensation, Intuition, Thinking, and Feeling. [1] Jung believed that all people fell into a combination of these categories and that they predict behavior, or at least better explain it. His model was not the first attempt at deconstructing human thought processes, but it was an impactful one. Jung’s approach led to many breakthroughs, ultimately inspiring some of today’s more recognizable methods, such as the Myers-Briggs MBTI®. As time goes on, new personality models are emerging, including some more scientific alternatives to Jung, and their applications are becoming increasingly specialized.

One example of a specialized framework is the Keirsey-Bartle Unified Model. Presented in 2011 by Bart Stewart, contributor to the game design publication Gamasutra, the model looks specifically at gamers and how they behave in virtual worlds. [2] It asks the question: given the freedom to act, how do people choose to play? Stewart analyzed a wide variety of existing theories, including the referenced Keirsey (KTS) and Bartle (Player Types), before arriving at his integrated model. As it turns out, there are definite patterns in the way people choose to behave when playing video games and they reflect a few distinct overarching motivators (which we'll introduce below).

While the Keirsey-Bartle Unified Model is intended for understanding video game behavior, it doesn't take a huge leap to begin applying it to other parts of everyday life. In a sense, real life is a game with real-life consequences. If we look at people as active players, gamer or not, can that inform the way we design for them? Can it help us create experiences that invite participation, interaction, and engagement? For those in entertainment, can it help us better understand fan audiences and kickstart new ways of thinking about storytelling?

There is no perfect framework or mental model, only more useful ones. We found that Keirsey-Bartle was easier to communicate, make sense of and act on in creative ways than alternatives. However, to validate some of our major assumptions, we consulted David M. Greenberg, Ph.D. and music psychologist at Cambridge University. To read our interview with him about the relationship between personality and entertainment media, click here.

We decided to continue the thought experiment and find out for ourselves. Over the course of several months, we analyzed the fanbases of the past year's most engaging entertainment properties, with a focus on screen-based storytelling: television, film, and video games. [3] We spent time conducting a variety of research methods, including social media analysis, remote video surveys, and one-on-one interviews. We also consulted academics and experts in the space. All of these inputs helped bring together a multitude of perspectives on entertainment fans. The results? We found that the idea of looking at fans as players is indeed valid. Different personalities do gravitate towards and engage differently with various types of screen-based storytelling. [4]

The Play Styles of Entertainment

Using the Keirsey-Bartle framework below, we can visually walk through our findings. On the x-axis, you’ll see a spectrum that runs from Interacting (Internals) to Acting (Externals).

For community-oriented people who enjoy interacting with others and, through the process, discovering themselves.

For the powerful, who seek control and influence over other people, through brute physical force or lightning-quick wit.

For those who seek authority over the world and their destiny, through the acquisition of things, skills, and accomplishments.

For the creative and curious who go into the world seeking to understand how it works and what it means.

These two attributes explain the difference between seeking outside or seeking within – determining if fans live in their head or the world. On the y-axis, World (Structure) to Players (Change), speaks to a fan's primary motivation – determining if they place emphasis on growing through other people or if they want to organize their world. The intersection of these two spectrums results in four specific Play Styles, which we’ve named the Pathfinder, the Goalsetter, the Socialite, and the Dominator. Each of these has distinct attitudes and behaviors which we’ll outline in depth within the following sections of this report.

It's important to note that none of these axes are binary, as fans can and do consume and engage with entertainment across a spectrum. Most people are quite flexible and will mix up their preferences depending on their emotional, social, and intellectual needs. For example, a die-hard sitcom fan may occasionally switch it up and watch a psychological thriller. That said, people do skew toward a primary category, a home base of sorts, where they are most comfortable.

From another perspective, entertainment properties can also appeal to multiple Play Styles. The Grand Tour, Amazon's largest show worldwide, is a particularly relevant case study. Its core audience is made up of car enthusiasts, also known as petrolheads. These people tend to prefer the Goalsetter Play Style, as is demonstrated by their interest in learning about, collecting, and customizing cars. Interestingly, however, The Grand Tour also attracts a broader audience of much more casual fans who aren't even into cars. They tune-in for the personalities of the hosts: Jeremy Clarkson, Richard Hammond, and James May. This segment watches primarily for the jokes and interactions between people, which is a Socialite draw. Others watch mostly for the hosts' travels around the world and to experience new places, which is a Pathfinder trait. It's clear that by appealing to multiple Play Styles, The Grand Tour can draw in a much broader audience.

“My husband is a total gear head. He’s actually a mechanic and is in love with anything car related, and most of the car shows that he wants to watch bore the heck out of me, but with The Grand Tour I get something also because I enjoy the chemistry between Clarkson, Hammond, and May, and their crazy British senses of humor. So, it’s something we can watch together and enjoy together.”

For the creative and curious who go into the world seeking to understand how it works and what it means.

For the powerful, who seek control and influence over other people, through brute physical force or lightning-quick wit.

For those who seek authority over the world and their own destiny, through the acquisition of things, skills, and accomplishments.

For community-oriented people who enjoy interacting with others and, through the process, discovering themselves.

THE NUANCES OF FAN ENGAGEMENT

Now that we understand Play Styles and the idea that people gravitate to different entertainment properties, we can begin to go a little deeper. How do we apply this to fanservice and audience engagement?

There are two primary ways to go about fanservice. The first is by baking it into the entertainment property itself. Companies achieve this in many ways, including the creation of easter eggs or by paying off fan theories within the story. In recent years this has become a successful yet controversial approach. The CW show Riverdale goes all in, being "reverse-engineered" for its fanatic Tumblr audience, which is obsessed with Jughead Jones. [5] The risk of this approach is that fans become entitled and more likely to backlash, as has been demonstrated in the release of the most recent Star Wars movies. The blog Quartzy has even begun to categorize different types of fanservice tropes, including the Ascended Meme, Ensemble Darkhorse, and Fan Dumb. [6]

“While social media has enabled the worst, most retrograde opinions to be shared and disseminated it’s also allowed those who want to encourage genuine love for things to build up communities of like-minded people.”

The second way to create fanservice is through ancillary storytelling extensions. If the entertainment product is the main event, then this is the after party. Storytelling extensions allow fans to go deep, continuing their experience alongside or after the main event. The Fallout Shelter iOS game is a perfect example of this as it further fueled rabid fan love for Fallout 4 and the franchise as a whole. Fan-created conversation and experiences can also qualify and are often more abundant. Just look at the overwhelming amount of fan art that has been generated by the Marvel movies. Storytelling extensions can't make a good show, but they can make a good show great.

With storytelling extensions, there is a range of how far or deep a fan will go to engage. Most fans will participate casually, by merely browsing a sub-Reddit or sharing content on major social platforms like Facebook, Instagram or Twitter. A smaller percentage will go further, and to great lengths, to create something original, whether that's a costume, short film or even baked goods. It's important to note that the casual fan and the hardcore fan are both significant in their own way. An Alien-inspired Thanksgiving Facehugger that a highly engaged fan creates only reaches the masses when a lot of casual fans like and share it. In this case, it received over 250 thousand views on IMGUR and many more impressions on sites like Nerdist and BoredPanda.

To bring this all together, we developed the AUX Engagement Map, a framework that shows the interplay between Play Style and fan involvement. We use this tool to chart and understand entertainment experiences in several ways. First, it can help analyze and segment a property's fanbase. While all audiences show similar universal patterns of engagement, such as wanting to take a picture with a favorite actor or watching a new teaser trailer, they do demonstrate nuanced differences. Second, the Engagement Map helps us audit a property's existing touchpoints, to identify whitespace and determine if efforts have been reaching the right audience. Lastly, this tool can serve as a creative launch pad, by creating a common language for everyone involved.

So why does all of this matter? Play Styles provide a new lens through which to see entertainment fans that goes beyond identity-based indicators like race, gender, household income, and geographic location.

It focuses on what matters: fans’ core motivations, or as Westworld's Bernard Lowe would put it, their "cornerstone." Tapping into fans’ motivators will allow us to create compelling experiences that resonate more deeply and encourage fans to participate in storytelling more actively.

Finally, what’s fascinating about this research is the new perspective it offers on the world of entertainment. Rather than reinforcing traditional definitions, it provides a higher vantage point, one that presents high and low brow, stylistic differences, and typical genre categories side-by-side. The audiences of radically different shows and movies such as The Bachelor, Game of Thrones, Despicable Me, and Riverdale may have more in common than we ever would’ve thought.

In the following sections, we’ll dive into each fan Play Style, what they are and what engages fans of each one. We’ll also provide specific examples of engagement patterns, brand initiatives and thought starters for how to activate each Play Style.